On Tuesday, April 29, the Bellevue College softball team faced off against their league rival, the Everett Community College Trojans in the first of a two-game series at home.
Going into the game, Bellevue and Everett held the second and third place positions in the league, respectively. With a sweep of the Trojans, the Bulldogs would be put in reach of first place in the league nearing the end of the season. 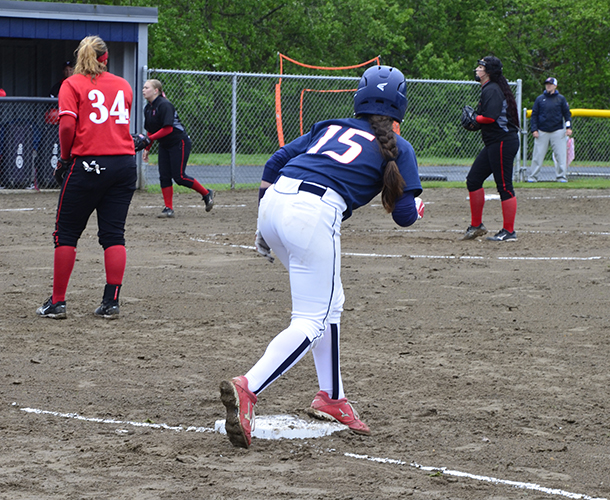 The game remained scoreless for the first inning of play, and the first run came from a home run, hit by sophomore Erin Scott to put the Bulldogs up 1-0.
For the next few innings, Bellevue and Everett traded runs until it came to Bellevue’s batting order in the bottom of the fifth.

Holding a narrow 3-2 lead, Bellevue delivered a seven-run inning, ending the game due to the rule that prohibited a game from continuing if either team hit 10 runs in the first five innings. Due to this rule, the three-run homer hit by freshman Ali Roselli to put the Bulldogs up 10-2 wound up being a walk-off home run.

Sophomore Brooke Bonsen was the most valuable player, going all five innings allowing only one earned run and striking out eight batters.