Calling Brent Faiyaz a rising star would be an understatement. Known by many for his standout feature on GoldLink’s “Crew,”  Faiyaz for the past few years has built a decent catalog under his belt. From his work with Sonder to some of his solo work on “The A.M. Paradox” and “Sonder Son,” it was obvious that he was far from a one-trick pony.

Faiyaz is part of the new wave of Alternative R&B that permeates the airwaves. Personified by artists like 6lack, SZA and Frank Ocean, its content is centered on being vulnerable and transparent. Like many of his contemporaries, Faiyaz draws heavy influence from 90s R&B made famous by acts like SVW, Jodeci and Boyz II Men. Nevertheless, behind his introverted persona and rebellious streak lays a great voice and worldly mind.

In “Clouded” we find Faiyaz daydreaming, meditating on everything that’s happened the last few years. We see that his recent success came at the expense of losing people closest to him, including his family. It’s very apparent to him that music at this point has been the only thing that’s given him a sense of purpose; however, he even questions that realization, as in his words he “gave it all for a fantasy.” The somber lyrics are contrasted sonically by a choir sample that’s boosted by ghostly rings of the piano.

Transitioning to “Been Away,” Faiyaz is struggling to maintain a long distance relationship. In the song, Faiyaz pleads his girl to “thug it out” while he’s trying to get his career off the ground. Though like most relationships it eventually unravels.

We get a thematic shift on the title track (subtitle “Summer in London”), where Faiyaz takes on this bad boy persona as he’s living his best life. Throughout most of the song, Faiyaz’s voice is pitched down, creating a wailing effect. The phallic imagery of the first verse evokes the opening lines on Kendrick Lamar’s “Backseat Freestyle.” While both tracks are about doing hood rat stuff with your friends, Faiyaz’s using this to cope with the falling out he had with his girlfriend depicted on “Been Away.”

“Let Me Know” is where Faiyaz gives his most heartfelt performance. Throughout the song, he ponders the state of the world. In the second verse, he imparts this message of self-love that’s very much echoed in the chorus, asking the question: “How can I love you if I can’t love myself?” It’s a nice break from the debauchery Faiyaz’s indulged in for much of the album.

Shades of Faiyaz’s aforementioned influences show up on tracks “Been Away” and “Let Me Know.” The faint cricket sounds and percussion is very reminiscent of late 90s Timbaland—specifically, his work on “One in a Million” that helped propel Aaliyah into superstardom. “Let Me Know” sounds very much like a track that would fit well on a Mario album.

The sentimentality was unfortunately short lived as we arrive at “Rehab (Winter in Paris).” The track starts out with minimal guitar riffs and wheezing synths. For much of the song, the finger snapping in tandem with the guitar picking conjures up images of biker gangs and leather jackets. Faiyaz’s still deeply infatuated with a woman he’s involved with despite her behavior “draining [him] out.” In a way, the girl could be an allegory for Faiyaz’s pleasure-seeking yet toxic lifestyle.

There is something to be said about how Faiyaz portrays himself throughout this project. Many male crooners portray themselves as Casanovas or players. While Faiyaz falls under the latter, it’s not really depicted as “cool,” per se. In the context of his work, it’s as if these one-night stands are a way of distracting himself from his problems and feed his own ego. “Been Away” is the only time we see Faiyaz having a relatively healthy relationship with women. On “Rehab” the “romance” only goes as far as them having frequent late-night rendezvous. The deadpan delivery he had when telling a girl on the title track that they’ll never be together was frankly comical. Given the thoughtfulness of his previous work, the willingness to paint himself as a womanizer displays a certain amount of self-awareness.

“FTW” is a strong debut for one of R&B’s newest faces. Faiyaz’s ability to meld old-school R&B with new school cynicism resulted in hymns that will be chanted by a generation of hopeless romantics and lifelong misanthropes. On “FTW,” Brent Faiyaz showcases a unique brand of R&B that’s soulful, edgy and nuanced. 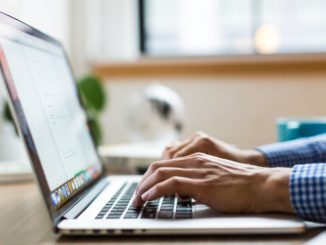 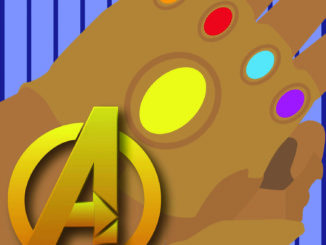 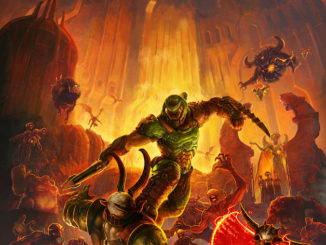 Doom Eternal is one hell of a joyride