The U.S. census is a constitutionally mandated survey of the United States population taken every ten years. The 2020 census is unique because it is happening amid a global pandemic and during a presidential election year.

The non-partisan U.S. Census Bureau conducts the census across the states and has historically been counted in person. However, this year, the census can be completed online, by mail or by phone.  The survey asks one person to fill out a headcount of their household, with nine questions related to their demographics. These questions ask how families are related; their age, sex and race, and if they own or rent their homes. While the questions are simple, the data collected affect the future of many government programs across all 50 states. To ensure enough people have time to fill out the census, the Bureau has extended the deadline from July 31, 2020, to Oct. 31, 2020. This year, the census must account for a growing and historically diverse population of 330 million Americans. While ensuring accurate count has already served as a challenge for the census in the past, the current health crisis serves as another barrier of gathering exact population numbers.

The 2020 census data will determine congressional representation for millions of Americans in addition to how federal tax dollars are distributed throughout the next decade. Additionally, the 2020 census will shape what the Electoral College map will look like. The Electoral College system is composed of electors from each state, who ultimately have the final decision is who will serve as President and Vice President. Each state initially receives three electoral votes, with additional votes assigned by the total of the state’s Representatives and Senators in Congress. Lastly, the demographic data collected will ultimately decide where $675 billion of federal funds are allocated. These funds are distributed throughout communities and account for approximately 316 federal programs, such as Medicaid, student loans, infrastructure funding and countless other public programs.

For the first time, the census was made available online, but also gave the option of being completed in person through door-to-door campaigns and other in-person events.  These in-person events are known to draw huge crowds and thus gain popularity for filling out the survey. Numerous efforts across states had to be canceled under stay at home orders, such as the Town Hall Seattle 2020 census forum with Former Gov. Gary Locke. Unable to continue with public events and door to door campaigns, many census workers have shifted gears and begun promoting filling out the census through social media platforms and public webinars.

While there are ways to spread the word online about completing the census, coronavirus is only one of many difficulties that could jeopardize an accurate count. Reaching and ensuring that 330 million Americans have access to fill out the survey presents a huge issue about resources. In addition to operational issues, staffing shortages and now limited in-person interaction, the census data relies heavily on whether families have access to technology or not. Additionally, miscounting the population and over-representation of some racial groups has been an issue for the census in the past. The Bureau reported missing 16 million people in the 2010 census, alongside overcounting non-Hispanic white people.

The census does not require information related to citizenship, and it is illegal for the census to share any personally identifying information with government agencies, or with law enforcement. However, the fear among many minority groups regarding completing the census rose when President Trump vocalized an effort to add a question of citizenship to the census, which was immediately struck down by the Supreme Court. Anita Banerji from the Illinois non-profit Forefront, a census outreach organization, shared, “There are communities, particularly communities of color, immigrant families, undocumented families, mixed-status, families that are fearful of filling out the census because they do think the question is going to be on there.” The misinformation that many people have about the census often creates fear and results in the loss of necessary statistical data. This remains an issue the Bureau is apprehensive of as it could result in another miscount of the current population.

The temporary displacement of many college students also poses an issue as to how college students are counted. This population was also misrepresented in 2010. College student populations are essential to the census as they account for disaster planning, infrastructure, public health analysis, and many other program decisions. While the census is supposed to count everyone belonging to one household, the census reported, “if someone such as a college student is just living with you temporarily due to the COVID-19 situation, they should be counted where they ordinarily would be living on April 1, 2020.”

While the pandemic has revised the process for the 2020 census, as of June, 60 percent of American households have completed the census, with 66 percent complete in Washington State. With the extension of the data collection period, many families still have the opportunity to complete the forum and provide necessary insight on what resources their communities need, and what future generations can depend on. Rob Gould, the Vice-Chair of the department of statistics at UCLA, stressed the need for an accurate census count, stating, “Any chance we have to help people better understand how statistical thinking is used to reason about our world and our democracy, the better off we are.” 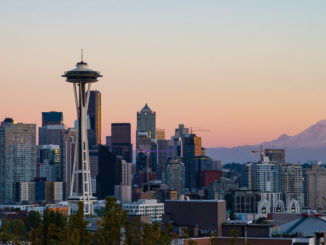 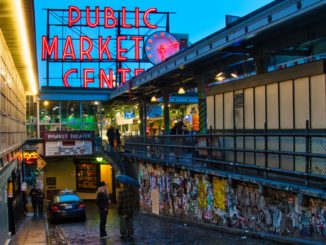 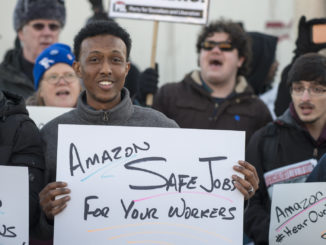