The coronavirus pandemic has taken out nearly the entire sporting world, delaying even eSports for a couple of weeks. Still, Riot Games managed to put together enough precautions to continue with the spring split of the League of Legends Championship Series, the annual North American tournament for the biggest eSport in the world.

When the playoffs arrived, Cloud9 was the clear frontrunner, having been just the third team to go 17-1 in the regular season. Cloud9 had always represented North America well, having been the first team to make it to the semi-finals of the annual World Championships back in 2018. Still, they had not been champions of their own region since 2014. Their path to the finals was two series stomps over the third seed 100 Thieves and then the second place Evil Geniuses. With all five of Cloud9’s members being named to the All-LCS first team, Reapered winning coach of the split and jungler Blaber winning MVP, all that remained was to win the final series to complete their domination of the league.

Meeting them in the finals was FlyQuest, whose story was vastly different. Entering the league in 2017, they were initially a branch off of the original Cloud9, including several of the original members of the 2013 squad. They were always cut out for mediocrity, never finishing above fourth in any given season but rarely finishing at the bottom. That was the case this year, with many predicting their roster to be one of the weakest among the ten available teams. They managed to make the playoffs as the fourth seed, finishing 10-8. Even in the playoffs, they lost 3-1 to Evil Geniuses in the first round to drop to the Loser’s Bracket. There, they stomped the sixth seed Golden Guardians 3-0 and narrowly beat the fifth place TSM 3-2. The final boss between them and finals was a rematch with Evil Geniuses, who they soundly beat 3-1. The entire team, and namely their mid laner PowerOfEvil looked on a level not seen during the regular season as they held a fair bit of momentum riding into finals.

FlyQuest legitimately pushed Cloud9 in the first game, with the two teams going back and forth for the first 20 minutes before Cloud9 started to pull ahead. It was a team fight around the final dragon objective where Cloud9 managed to secure their fourth dragon soul, granting them the Ocean Soul buff and giving them the edge to pull out the wing. Even then, it seemed like FlyQuest was mere steps away from continuing to drag the game out. The game score was 1-0 Cloud9.

Nisqy and Blaber picked Yasuo and Gragas respectively in game two, a combination mainly used for mid lane pressure and in this case to shut down the hard carry that is PowerOfEvil. FlyQuest answered by constantly forcing plays against Licorice in the top lane, utilizing the early pressure from Santorin on Rek’Sai. But while Cloud9’s plays kept coming to fruition, FlyQuest was less lucky. Zven finished with a perfect 9-0-9 kill/death/assist ratio on Kalista and propelled Cloud9 to an early 2-0 lead in the series.

FlyQuest came out swinging in game three, once again focusing the top side of the map. PowerOfEvil was gifted multiple kills against the solo lane players of Cloud9 early on, but Blaber was more than willing to answer the aggression. His consistent ability to be in the right place at the right time allowed Cloud9 to keep the fights close. Still, Zven and Vulcan managed to generate leads in the bot lane on their own, giving themselves an inherent edge in the teamfights during the mid-game. It was closer than expected, but Cloud9 finished the sweep and took their first league championship in six years.

Vulcan ended up winning player of the series, generating 42 assists across the three games with just five deaths. Meanwhile, Zven became the first player to win a title in both North America and Europe. In the series, he accumulated 19 kills and 21 assists on just three deaths and with three different champions. To further the insanity, he went the entire playoff run dying just nine times.

The next step for C9 would typically be the Mid-Season Invitational, an international tournament allowing the top teams from all major regions to show each other just how much they’ve learned over the last six months. However, with the cancellation of the event, Cloud9’s incredible spring split will likely go down as a sizable “what if” in the game’s history. They finished with a total record of 26-2 through the regular season and playoffs, which broke their own record in terms of win percentage.

Nevertheless, Cloud9 looks like a contender who could match the titans of the League of Legends world. Europe’s G2 Esports and Fnatic, Korea’s T1 and Gen-G as well as China’s iG and JDG would all likely want to test their skills against the seemingly only North American representative. For now, that will have to wait for the 10th League of Legends World Championship this fall, which will feature the highest amount of teams of any year so far. Cloud9 will look towards continuing their growth and potentially being the first North American team to be crowned as the best team in the world. 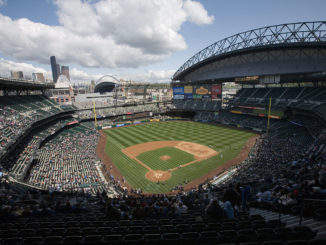 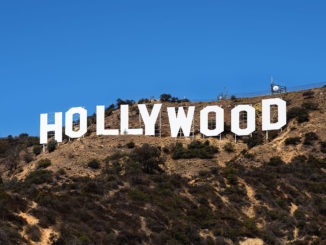 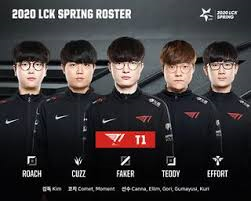 Team T1 takes another victory at LoL championships in Korea