Not since 2017’s May Day protests has thunder struck the Rainy City. Last weekend’s demonstrations were part of nationwide responding to the killing of unarmed Minnesotan George Floyd. Other demonstrations sprung up in the nearby cities of Bellevue, Kirkland, Issaquah, and Tacoma. In Seattle and Bellevue, friction between law enforcement and civilians came to a head. In what lasted for several days, protests quickly escalated into full-scale conflicts resulting in several arrests, injuries, and rioting.

On Friday Night, Seattle took a head start, with protestors congregating in the aforementioned neighborhoods. Saturday afternoon, demonstrators planned to march from Westlake Park to Cal Anderson, ending at headquarters of the Seattle Police Department. Downtown Seattle and I-5 were shut down by those participating in the region-wide protests. As the rain poured, thousands stood as speakers took the stage—notable ones such as ex-Mayoral candidate Nikkita Oliver and City Councilmember Kshama Sawant. Saturday’s “Defiant Walk of Resistance of Injustice” was organized by Not This Time, a local non-profit organization focused on police reform in King County. In her speech, Oliver stressed the importance of platitudes of cooperation to the crowd. “We need a diversity of tactics. Everybody’s movement is valuable,” she said. As the speeches went on, gasps rang through the air as a police car was set on fire. It was a sign for what’s to come.

Tension swelled in the air as large booms echoed through the streets. As demonstrators prepared to march, participants were provided medical supplies and water through mutual aid; all in anticipation of police using tear gas and mace spray. Not too long after that at 5 p.m. curfew was implemented, with the unlucky protestors rounded up by authorities. On Monday afternoon, the club’s Social Media and Outreach Coordinator Amanda Chamba sent an email detailing her experience. “At first, it was a peaceful, empowering, encouraging, monumental, and beautiful movement,” said Chamba. She provided video footage as she broke down what happened. “We were bombed with about 10-12 throws of tear gas, over one person in the crowd apparently hitting an officer with a water bottle.” Former Club President Isis Ishino also chimed in, having gone that same weekend. “It seemed like they were taking a lot of things personally” said Ishino in reference to cops aggressive handling of protestors. “And not actually focusing of the root problem and the root issue…[of] why we’re marching.”

Concurrently, 20 minutes southeast in Bellevue, rallies were being held at Lincoln Square. On Sunday a civil emergency was declared citing incidents of looting at the nearby city mall. For Abner Marcelo who attended demonstrations that day, he was dissatisfied with how events have been covered. “You have a majority of the protestors in one spot who are trying to talk to the police…and the news was nowhere to be found” said Marcelo. While he acknowledged the protests lacked organization, he expressed that “The people with cameras? The news chopper? Over at the mall.”

Seattle is no stranger to police brutality. In June 2017, a woman by the name of Charleena Lyles was shot to death in her apartment by Seattle PD. Lyles, who was pregnant at the time, called 911 reporting a burglary. Police reports cited her for having brandished a knife and said she suffered from mental illness. The story made headlines nationally and even reached foreign outlets like The Guardian. On New Year’s Eve 2019, Malik Williams, a 23-year-old paraplegic man from Federal Way, died in a fatal shooting involving Federal Way PD. His death went under the radar until recently.

At the time of this article’s release, the four officers involved in George Floyd’s death have been charged. Derek Chauvin, the man caught on footage killing Floyd, was charged with second-degree murder. The three officers accompanying him on the scene were charged with aiding and abetting. With a lack of a social safety net and millions out of work, this incident was the straw that broke the camel’s back. As more people call for police reform, one can only imagine what will become of this moment in history. 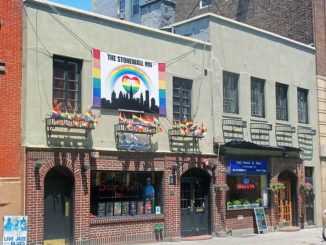 Police and Pride: Trying to Improve from a Tense History