Seattle’s Super Bowl dreams were stopped short in their divisional matchup against Green Bay as the Packers scraped past with a 28-23 victory.

The game was just as close as the score suggests, but the first half wasn’t. Green Bay started scoring on the first drive of the game, an eight-play drive where they marched 75 yards, capped off by a Davante Adams 20-yard touchdown. A 45-yard field goal by Jason Myers tightened the gap, but the Packers finished the first quarter strong, extending their lead to 14-3 off an Aaron Jones goal line touchdown run. The only other score in the first half was the third Packer touchdown of the game, including the second touchdown for Jones. Heading into halftime, the Packers held a strong 21-3 lead.

Second half scoring has become synonymous with the Seahawks in recent years, and this game was no different. Seattle kicked off the half with a 10-play drive ending in a goal line run by Marshawn “Beast Mode” Lynch. The Packers were quick to respond with a 40-yard touchdown to Adams, putting the Packers up 28-10. This was their final score of the night and set the official comeback Seattle needed.

Russell Wilson rose to the occasion as he always does. The Seahawks rebounded with a touchdown pass to Tyler Lockett, while the defensive squad forced a punt on the next possession. The third quarter ended and left Seattle with just 15 minutes of game time to score two touchdowns in order to win. Their first drive ended with Lynch’s 12th touchdown in 13 career postseason games, good for fourth in history. Seattle’s defense took the field and forced yet another punt, giving Wilson the ball with four minutes to score, a situation they were more than used to.

A 14-yard pass to Lockett marked a first down, but the next pass to Malik Turner bounced off his chest and fell incomplete. The momentum died on that play and the Seahawks were forced to punt it away with two-and-a-half minutes to go. Green Bay grinded out the final minutes through three timeouts and the two minute warning, putting an end to Seattle’s playoff run.

It was rough, but it was almost poetic. The constant one-possession games were bound to go the other way eventually and the Packers did just enough to prove it. In fact, Lambeau Field in Green Bay is the only stadium Wilson has yet to win in after playing multiple games.

Seahawks led in all offensive categories: total yards, both rushing and passing yards, yards per play, and time of possession. However, the offensive line allowed five sacks on Wilson, four to the devastating duo of Za’Darius and Preston Smith.

The defense looked downright shaky, but not bad enough to consider Seattle out of playoff contention in the coming years. The return of running backs Chris Carson and Rashaad Penny should give the offense some much-needed versatility. If the defense can even marginally improve, the Seahawks could return to the top echelon of teams in the NFL. 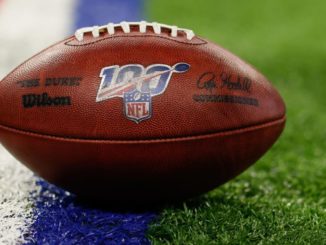