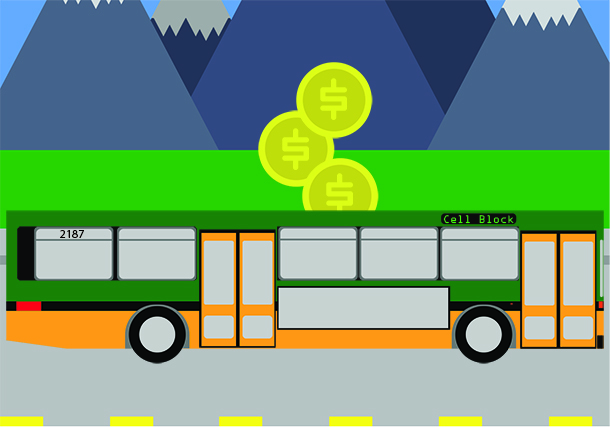 On March 1, fares for Sound Transit buses and the Sounder train increased for travelers in the area. There is a 25 cent increase for the ST buses and Sounder fares have increased by 50 cents. This is the first fare change on the buses since 2012 and the first on the Sounder train since 2007. At the same time, Sound Transit and Sounder have started recognizing low-income riders using ORCA LIFT cards, reducing the fare by a dollar. Metro Transit fares are remaining the same, so none of the buses that stop at BC will have any changes to their fares.

Bruce Gray, public information officer for Sound Transit explained, “We changed our fares on both our ST Express buses and on Sounder community rail to keep up with operating costs and maintain consistency with other transit providers in the region.”

According to an article on the King County website, the new ORCA LIFT program aims to connect more people to job and educational opportunities. Other metro-heavy regions, such as Boston and Charlotte, North Carolina have also taken on similar programs. The number of qualified riders using the ORCA LIFT cards has increased every month in the last year and a survey done by Metro revealed that 42 percent of riders have taken the bus more frequently upon receiving their ORCA LIFT cards.

If eligible for the program, anybody can visit any of the authorized enrollment offices to receive their free ORCA LIFT card. These locations are currently restricted to King County but there are plans for other locations in the Pierce and Snohomish counties. To qualified individuals, the ORCA LIFT card is absolutely free. If the card is lost or stolen, replacement cards can be bought for five dollars. The cards are good for two years past the time that it is received. If someone exceeds the point of eligibility for the program, their card is still usable until the expiration point, at which time they will need to reapply for the program.