In the last few years Stephen “Thundercat” Bruner has become one of the best kept secrets in music. From Donald Glover to Travis Scott, the LA-native has been a go-to collaborator for pop music’s biggest acts. His combination of sardonic charisma, cheeky lyrics, and funk-tinged harmonies have made him a fan-favorite among music fans. His ability to shred on the guitar at breakneck speed is not only a sight to behold, it’s a nod to his metal background. On top of that he’s also built a fairly successful solo run, with 2017’s ‘‘Drunk’’ being his most commercially successful output. His latest album “It Is What It Is” delivers his established unique sound.

These past few months he’s put out several singles leading up to the album’s roll out, with “Dragonball Durag” being the most recent. Thundercat’s never been shy about his emotions, but he’s someone who laughs to keep from crying. On this new project we see him talking about his recent success, loss, and how he’s coped with all of it. Like his past catalog, he seamlessly jumps between genres, especially on the first few tracks. There are funk ballads like “Black Qualls” and synth-heavy bops like “Funny Thing” alongside fast paced electronica jams like “I Love Louis Cole.”

We get a posse cut with “Black Qualls,” featuring Steve Lacy, Donald Glover, and Steve Arrington. The gang tackles topics ranging from paranoia around success to learning self-acceptance. In the second verse with Steve Lacy, Thundercat compares the different views of success. For them they’re more worried about “getting robbed” than showing off “on the ‘Gram.” On one hand it says a lot about how someone’s socio-economic background even affects views on success. It could also just be them rejecting that idea entirely. Steve Lacy seemed to struggle with singing the hook, especially when holding his note. Donald Glover’s autotune-heavy cameo felt phoned in. Steve Arrington was the unsung hero as he had the only decent feature on the song.

“Dragonball Durag” is a song that Weird Al would be proud of. With the backdrop of groovy bass lines, we see Thundercat walk the tightrope of being charismatic and cheesy as he tries to awkwardly put moves on a woman he’s into. One can especially laugh at him constantly bragging about his otaku-inspired wave cap. But this is the most light-hearted the album got before the second half completely switched in tone.

“King of The Hill” first showed up on a Brainfeeder compilation album back in 2018. Despite it being out for so long it fits neatly into the album’s aesthetic. It features label-mate Flying Lotus and Toronto-based collective BADBADNOTGOOD, who provide much of the track’s dense production. The combo of bass plucking and frosty xylophone interludes gave the three-minute track the feel of a Bond movie. The song’s lyrics give multiple meanings. Maybe it’s an allegory story of a person navigating a shady world. Or it could also be a cautionary tale about the cost that comes with “chasing cheap thrills.”

Later on in the album Thundercat opens up about grief on “Fair Chance.” It’s clear from the lyrics alone he’s directly talking about former friend and frequent collaborator, Mac Miller. Ty Dolla $ign’s performance was solid and somewhat understated. Lil’ B also had a feature on the song that was disappointing. His tone-deaf, monotoned singing destroyed the song’s emotional impact. Carrying the theme of death over to “Existential Dread,” Thundercat muses on his own life. Despite his feigned optimism, he eventually gives into his inner turmoil. The album closes with the title track featuring Pedro Martins, who gives a beautiful Spanish guitar solo as Thundercat dives deep into his nihilism.

“It Is What It Is” is another decent project by the bass-playing virtuoso. While it doesn’t deviate too much from his previous work, his features still offer enough stylistic diversity to be interesting. If you’re looking for eclectic production mixed with compelling and quirky songwriting to chuckle with during this quarantine, this album should be up your alley. 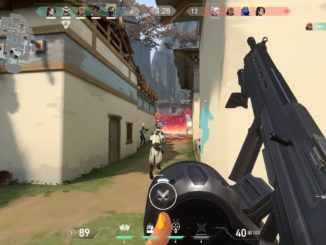 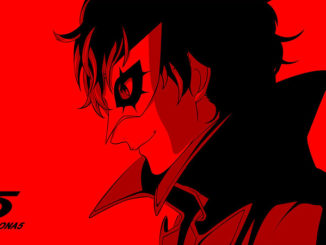