In a matter of months, the effects of coronavirus have changed daily life for millions of Americans. Wearing masks and social distancing, job losses, the effects throughout the workforce, all alongside the 2020 presidential election. As the risk of all outside and social activities remain current, many citizens and congress members are wondering, is this the time for making vote-by-mail nationwide for the general election?

The rise in consideration for vote-by-mail comes from the current health crisis in Wisconsin, where many officials are reporting new coronavirus cases may be in part due to the effect of the in-person voting just two weeks prior. With rising uncertainties in how coronavirus will continue to impact in the coming months, states including Georgia, Nevada, and Florida have expressed support to change the ways available to vote.

Democrats across the nation have always been at the forefront for vote-by-mail and many have continued the fight under the circumstances of the pandemic. Former Democratic candidate Sen. Amy Klobuchar called on Congress when she stated, “The tragic news of these cases in Milwaukee is further evidence of the immense public health crisis created when officials refuse to expand voting options so that Americans can safely cast a ballot.” Initiatives have also come from Republican officials, such as Republican Georgia Secretary of State Brad Raffensperger, who stated Georgia would mail absentee ballots to Georgia’s registered voters for the state’s presidential primary. “We’re just concerned about the transmission of COVID-19,” He told ABC News, “So by putting voters first and also our poll workers, we thought the best solution would be sending out absentee ballot applications to our active voters.”

While party lines start to unite over the possibility of vote-by-mail, a lot of factors stand in the way of making this a reality in time for the presidential election in November.

The Brennan Center for Justice recently published a detailed plan for the potential of nationwide vote-by-mail, with an approximated cost of $2 billion. Currently, only the states of Colorado, Hawaii, Oregon, Utah and Washington conduct all elections entirely by mail. By federally moving all 50 states to vote-by-mail, Congress would need to account for the costs of more printed ballots, absentee envelopes, postage costs, drop box sites, and increased support resources such as gloves and masks for poll workers, and additional staffing. To ensure the safety of voting, Congress would also need to pass a security measure for prospective fraud, all in time for the November election.

Some added struggles with vote-by-mail that spark debate is the issue of ballot security, and tremendously slowing down the vote count during the election. Alongside the cost, many Republicans are fearful about what effect vote-by-mail could have for the party’s turnout. As President Trump has said, mail voting “doesn’t work out well for Republicans.” However, in a recent study by Stanford University researching the effects of vote-by-mail programs, the results found, “vote-by-mail does not appear to affect either party’s share of turnout.”

While vote-by-mail does prove as a challenge, it has been a success for the states that currently observe it. Even while Washington State was beginning its battle with the coronavirus, according to the National Vote at Home Institute, Washington still came in with 49.6 percent voter turnout, followed by Colorado at 46 percent. Both states hold elections entirely through the vote-by-mail system and had the highest attendance for the 2020 presidential primaries thus far. Not only could vote-by-mail expand safety measures for voters across the nation during the current health crisis, but it has the potential of increasing nationwide turnout because of the accessibility it offers.

For vote-by-mail to become a reality, members of Congress may also need to pass a fourth coronavirus aid package to ensure funding for voting and the U.S. postal office. While the transition to nationwide vote-by-mail is a daunting task, it isn’t impossible. It could change the way elections are held in the United States for years to come. 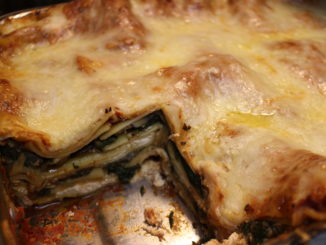 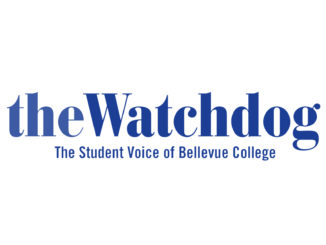