In the midst of quarantine and social distancing, it might come across as a surprise that Ultimate Fighting Championship 249 took place in Jacksonville, Florida. Featuring multiple title matches, the headliner was on Tony Ferguson and Justin Gaethje for the lightweight belt. UFC President Dana White’s 30-page safety protocol document was apparently enough to sway the city of Jacksonville into allowing the event.

The safety plan in place closed off all UFC events to the public, as well as extensive medical screenings for the athletes and staff to make sure they weren’t spreading coronavirus.

Before that, though, the traditional preliminary matches: light heavyweights Ryan “Superman” Spann and Sam Alvey kicked off early prelims with a tight split decision match. Spann was the first to make a move, setting up a takedown in the first round. Alvey fought back in the second round, but Superman managed to close out the third round and advance to 18-5.

Featherweight star Bryce Mitchell took a unanimous victory over Charles Rosa in the second match. Mitchell came out of the gates swinging, forcing an early takedown and almost managed a submission in the first round. Rosa fought his way out of multiple jams like that for the entirety of the match. His guts simply weren’t enough as Mitchell forced the submission in the second round to advance to 13-1.

The next round of prelims was led by welterweight Vicente Luque in his victory over Niko Price by technical knock out. The two constantly traded blows through the first round, but the deciding shift was in the second round when Luque’s offensive pressure opened a cut under Price’s eye. They continued through the third round until Luque dropped Price once more, opening yet another cut. Price was checked out and as he couldn’t see, the fight was ended there. Luque advanced to 18-7-1, including a flawless 2-0 over Price.

Strawweight Carla Esparza defeated Michelle Waterson in the next match. The fight mostly revolved around Waterson using her reach advantage to keep her distance from Esparza and drawing the fight the full distance. Waterson relied on her reach to naturally accumulate a win through defensive play, but the limited shots that Esparza did get in were enough to win her the judges by a split decision. Her record improved to 17-6.

The first heavyweight match saw Aleksei Oleinik take down Fabricio Werdum in a split decision. The first round was all Oleinik, as he flurried Werdum with bombs and opened a cut under his eye. Fatigue set in during the second round, allowing some good grapples by Werdum as well as leg strikes. Oleinik still managed to catch the Brazilian with some hard punches towards the end of the round. The third round almost reeked of desperation for Werdum as he tried for the armbar on several occasions. Oleinik managed to escape every time and land enough strikes to take the win.

For the first time in seven years, welterweights Anthony Pettis and Donald Cerrone, who was appearing for the first time since a loss against Conor McGregor in January, got to face off against each other. Cerrone played aggressively but was unable to make a difference in the first round. As Pettis loosened up, he was able to score on just about every strike and take a unanimous decision victory.

The main card kicked off with a heavyweight match between Greg Hardy and Yorgan De Castro. De Castro looked good as the match started, both functioning as the aggressor and countering anything Hardy threw out. Hardy had a good stretch at the 90 second mark but a lot of damage was done. De Castro continued to chop at Hardy’s bruised legs during the second round, but his pace dropped and Hardy took full advantage. It was a sudden change in momentum that made all the difference, with Hardy getting a unanimous victory.

Featherweight Calvin Kattar had a highlight reel of a night. He spent most of the first round getting pelted with kicks by Jeremy Stephens. It was a struggle to stay in the match, but he found a late elbow in the second round that sent Stephens to the mat for the first knockout of the event.

Heavyweight Jairzinho Rozenstruik played the role of nuisance early on in his fight against Francis Ngannou, landing a couple of leg kicks in the first round. That seemingly only angered Ngannou, who responded with wild punches, forcing Rozenstruik against the fence. Advancing to 15-3, it’s no wonder they call Ngannou “The Punisher.”

Bantamweight champion Henry Cejudo was ready to defend his title against Dominick Cruz, and did so dominantly in round one. He went after Cruz’s legs and countered every move thrown at him. It was an easy round, but Cruz adapted in the second round, finding his range and heating up the exchanges. The biggest exchange opened a cut on Cejudo’s forehead with under 30 seconds in the round. After being cleared to continue, Cejudo answered by dropping Cruz with a knee and beat on him until the referee stopped the match. Cejudo then promptly shocked fans by retiring from the sport, finishing with a 16-2 record.

The main event went five rounds, as Justin Gaethje took on Tony Ferguson and his 12-fight winning streak. Gaethje came out slowly, struggling to find a rhythm in the fight. Still, he managed several accurate shots to Ferguson’s head in the first round. As the left hook was working, Gaethje relied on it in the second round, building confidence and expanding his repertoire to include some leg kicks. Ferguson answered with a right uppercut to drop the challenger to end the round. Gaethje was unphased in round three, continuing the pressure and opening two cuts around Ferguson’s eyes. Ferguson managed a brief trip but didn’t accomplish much else in the third. Gaethje remained in control, producing an incredibly similar fourth round. He could have sat on his lead and rode out to a comfortable victory, but he had another idea. Gaethje kept the power shots coming in the fifth against a truly struggling Tony Ferguson. After one too many shots to the chest and jaw, referee Herb Dean called the fight by way of technical knockout, to finish the night in style. 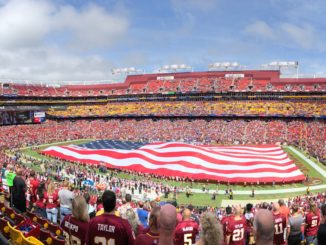 Opinion: Stop acting like the NFL cares about social justice 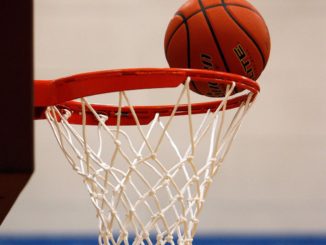 The NBA is happening after all 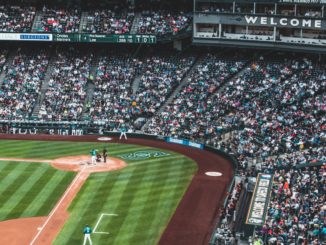 MLB to hold opening day after all