On May 8, news about a dangerous species of hornet arriving in Washington circulated the internet. The Washington State Department of Agriculture has confirmed that the “murder hornets” are indeed present in the state. In December 2019, the WSDA verified two reports of the dangerous insect near Blaine, just south of the Canadian border. Recently, the hornets have been sighted in Washington. Though they have not been seen attacking the hives of bees, there are already reports of decimated bee’s nests.

Infamously known for killing up to 50 people in Japan, the “murder hornets” are a species of hornet that is known as a killer of bee colonies. The hornets appear as orange or yellow with prominent eyes; they can grow up to 1.5-2 inches in length; they have a black and yellow striped abdomen; and form large colonies “that usually nest in the ground,” according to the WSDA. What makes the species different from honeybees or a wasp is that they have a longer stinger, which they use to inject a more toxic venom than that of any local insect.

The “murder hornets” go through a phase called the Slaughter Phase in which they attack honeybees’ nests, leaving their victims headless. The reason they decapitate bees with their razor-sharp mandibles is to return home with the body, which is food for their children. The hornets are dangerous to humans as their stinger can penetrate bee suits. Fortunately, scientists say that the Asian giant hornet is generally not aggressive to people unless their nests-or occupied hives-are disturbed.

The main problem the hornets pose is the livelihood of honeybees. In the U.S, there has been a decline in honeybee populations, which is troublesome for natural resources as they pollinate everything from flowers to vegetables and fruit. Should Washington be afraid of the Asian giant hornet?

Tracy Fields, a Science and Earth Instructor at Bellevue College, believes Washington should be afraid. Fields noted that, although they kill an average of 50 people in Japan, that isn’t what Washington should be frightened of. “What we [Washingtonians] should be afraid of is how quickly they can wipe out an entire hive of honeybees. These murder hornets can kill up to 20,000-30,000 honeybees in a matter of hours.” Fields speculates, “If the murder hornets wipe out entire populations of honeybee hives in a matter of hours, we no longer have this much-needed pollination for the flowers, fruits and vegetables.” Fields further added that a decline in the honeybee population would lead to a decline in our food source. “We should be afraid!” Fields states.

Bellevue College Biology instructor Kristian Haapa-aho believes that there is a lot of hyperbole with the so-called “murder hornet.” “As with most introduced species, they will disrupt our ecosystems and have the potential to decimate some of our native bee and honey bee populations.” Haapa-aho elaborates on his biggest concern: “My biggest concern is that until information is disseminated among the populace, many people unfamiliar with insects will use pesticides on non-target species of bees and other insects, many of which are already suffering declining numbers.”

Some insect experts say people should not stress about the big bug nickname “murder hornet.” University of Illinois Entomologist May Berenbaum said: “People are afraid of the wrong thing. The scariest insect out there are mosquitoes. People don’t think twice about them. If anyone’s a murder insect, it would be a mosquito.” An entomologist at Washington State University, Chris Looney, said that the hornets are not going to pursue humans and that the number of people stung by the insect is “incredibly small,” therefore, no reason to worry.

Washington State University and the WSDA have begun plans to eliminate the hornets and will continue until there are no more sightings in Washington. “This is our window to keep it from establishing. If we can’t do it in the next couple of years, it probably can’t be done,” says Looney.

The WSDA has released a set of instructions regarding how to identify and handle the hornets. On their site lies a detailed list of instructions when it comes to trapping the pest as well as important information for Washingtonians. Washingtonians are also encouraged by the WSDA to report any Asian giant hornet sightings via the Hornet Watch Report Form found on their site. Other means of reporting the insects are available though the Pest Program’s email and phone number.

If you see an Asian giant hornet or have seen evidence of a hive attack, please report it! There are several ways to report suspected sightings in Washington State: 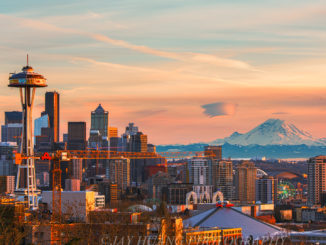 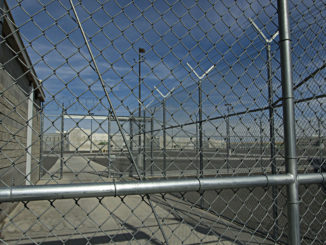 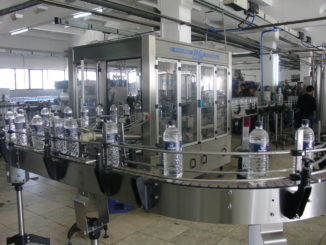