K-pop boy band ONEWE dates back to 2015, when they were called M.A.S 0094 and mostly performed cover songs for charity. They produced various singles and EPs en route to re-branding as ONEWE in 2018. It wasn’t until May 2019 when they released their next single, which gave way to more singles until finally putting out their first full-length album, “One,” on May 26.

The album kicks off with “Crazy Good,” a vague narrative-focused song that very quickly establishes CyA, the rapper of the group as the star of the show. Each verse directed towards a mysterious individual is punctuated by CyA’s “It’s crazy, so crazy” line on repeat with Kanghyun’s hypnotizing guitar riffs that only contributes positively to the listening experience.

“End of Spring” sounds very familiar for some reason, and Yonghoon was a big part of that. The group describes fleeting love as a passing spring, and Yonghoon’s verses gave me goosebumps through and through. Even his separate vocalizations in between the verses just sound incredible. CyA takes on a secondary role but his faster-paced lines provide a nice contrast to Yonghoon’s melody. Two songs in and keyboardist Dongmyeong has yet to take on anything other than a tertiary role.

ONEWE’s “Feeling Good” initially debuted in 2016 on their first EP, but was remade for this album. It carries a soft beat, with typical love song lyrics. Yonghoon’s voice seems almost made for this, with Dongmyeong complementing him perfectly. The second half brings a punchy verse by CyA and a Kanghyun guitar solo that keep making their songs better. “Love Me” continues the trend towards more mellow songs with an almost Rastafarian beat, in large credit to CyA’s bass abilities. Meanwhile, his verse delivers forth the shocking revelation that this song was about a dog, turning the vibe into an almost whimsical one. A guitar solo plays into one final chorus to end the song.

“Q” features Mamamoo’s Hwasa. It’s a faster song, letting CyA set the pace for Yonghoon and Dongmyeong. Hwasa follows and seamlessly blends in with the other voices and takes control for the rest of the song. Interspersed with her verses are duets with Yonghoon and CyA which add a personality to the song you don’t get in their other work. It’s no wonder this song was so popular compared to the rest.

Of course, Hwasa can’t stick around, leaving Yonghoon to kick off “Regulus” with a mystical verse that sends the message of distance between two people not mattering. CyA and Dongmyeong follow with a verse that is spiced up with subtle autotune that helps add to the emotional lyrics. It honestly took my breath away and really showcases the range of songs ONEWE is capable of producing. Of course, it wouldn’t be a ONEWE song without Kanghyun’s incredible guitar ringing in the latter half.

“IF” is an almost solemn song, so of course Yonghoon’s voice was made for it. The lyrics are laced with pain as CyA comes in with one of his better rap lines, before transitioning into the chorus. The chorus ends up being sung three times, each one feeling distinct from the last. The song ends when Harin’s drums transition into an altered form of the chorus by Dongmyeong who finishes strong.

The mood picks up again in “0&4,” a song with the bizarre tagline of “Keep public and business affairs separate.” Just like that line, the rest of the song is strange and seemingly follows no rhyme or reason. Dongmyeong gets his biggest feature of the album, while his verses are punctuated by CyA’s strange vocalization. It’s an almost refreshing change of pace from the last few songs, even if it doesn’t really tell you anything.

Just as quickly as it came, the mood goes away. That doesn’t mean the lyrics have to, as “Ring on my Ears” is about… having earrings. Dongmyeong seems like the star once again, his voice flowing like honey while a guitar riff rings in the background. The overall feel of the song calls back to “Crazy Good,” in a crazy good way. Still, it almost feels like it drags on a bit, but I’ll give it a pass this time.

“Reminisce About All” clocked in at over four minutes, making it the longest song of the album, and the last. Yonghoon deals with the duality of the heart as he struggles to comprehend how he feels about his past mistakes, between letting it go and wanting to go back and fix it. Dongmyeong’s keyboard finally gets the spotlight, and it paints the picture so well. He chimed in with two lines himself between Yonghoon’s verses. The big harmony as the song progressed was more of the struggle between Yonghoon’s “that was then” and Dongmyeong’s “I want go back” lines. It was a perfect end to the album.

“One” doesn’t tell you anything revolutionary, but it’s a good listen through and through. Yonghoon’s mastery of his craft alone makes it worth a listen, but the rest of the members definitely pull their weight. CyA’s rap almost doesn’t feel like rap at times but always fits the direction the song wants to go, Dongmyeong’s ability to play off the two main vocalists is always welcome and Kanghyun’s guitar prowess is second to none. They have officially made a fan out of me. 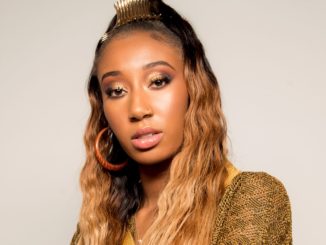 Seattle’s Parisalexa shows out on “2real” 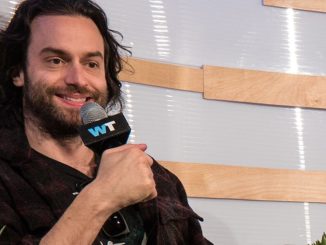 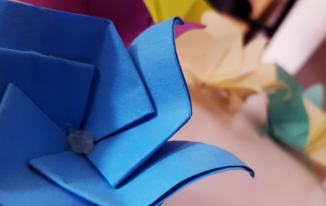 Brighten up your life with origami flowers