Look, Solar Opposites is a decent show. It is weird and funny and absolutely worth your time. I wholeheartedly recommend it. All that is doubly true if you are a Rick and Morty fan, ok?

Cool. Now that we’ve got that out of the way, I’m going to spend a good thousand words holding the show to Rick and Morty’s unreasonably high standard.

MINOR SPOILERS FOR RICK AND MORTY AND SOLAR OPPOSITES AHEAD

Right off the bat, let’s all get off our high horses and acknowledge that Solar Opposites is a clone. Similar animation style, similar voice acting, similar sci-fi premise, similar character dynamics, similar plotlines. But that isn’t necessarilya bad thing. The entire first-person-shooter genre was called a “doom clone” for years. As long as you keep expanding the idea and improving on the formula, ‘clones’ are great. But the last thing you want to do when you’re making a show that follows in another’s footsteps is to make that show decidedly worse.

So where, then, is Solar Opposites lacking? In both Rick and Morty and Solar Opposites, much of the humor derives from the characters using their crazy-advanced technology for ridiculously petty reasons, like trying to win the local homeowner’ association election (Solar Opposites), or get more cable (Rick and Morty).  Where the shows diverge is the impact of the nonsense that the characters get up to. Both shows contain sci-fi technology so advanced it could clearly cause multiverse-spanning nonsense and destruction, but only Rick and Morty follows through on that premise. Just compare how it turns out when the characters of each show mind-control people into liking them (Rick and Morty have to abandon the universe, Jesse and Yumyulack… well, a roomful of people get hurt before they are healed by science goo and everything turns out fine).

This lack of follow through on the characters’ absurd power leads to Solar Opposites feeling, frankly, tame. Tame would be fine – not every show has to share Rick and Morty’s penchant for dimension-spanning absurdity – but that spectacle is essential to the success of Rick and Morty and Solar Opposites’ continual “using superpowers for selfish nonsense” gag.

Another major difference between the two shows is the number of central characters, which Solar Opposites brings up to four. That does wonders for in the show’s ability to carry a B-plot, something Rick and Morty could never do well outside of its very finest episodes (i.e. Rick Potion #9).

As to the characters themselves, however, each of the four characters in Solar Opposites are quite ironically a good deal less opposite than Rick and Morty are. In Rick and Morty, Morty is a representative of the normal world, and says what the audience is thinking when the show gets weird. Rick gets all the credit for meta-commentary in Rick and Morty, but Morty’s flabbergasted, horrified or confused reactions to the events onscreen do a lot more for the show’s famous self-awareness than Rick’s occasional rants about “ruining the season premier.” In Solar Opposites, on the other hand, none of the main characters are all that “normal.” Korvo, Terry, Yumyulack and Jesse are all aliens with weird technology – they all get what is going on and, for the most part, it isn’t strange or unusual to them. On occasion, Jesse objects to Yumyulack’s abuse of power, but she still doesn’t have the same reaction as the audience: she’s just slightly miffed with her sibling. As a result, the viewer doesn’t have a central character onscreen to relate to.

Solar Opposites has its selling points: primarily, it is more laid-back while remaining reasonably entertaining. It isn’t going to make you question your perception of reality, turn your brain into oatmeal or leave you haunted with images of bloody cubes of diced police officer sprouting legs and running away (no, I’m not making that up). But at the same time, it isn’t going to keep you hooked wondering what will happen to its characters, nor present any dynamics between them you haven’t seen in a hundred other shows, nor leave you with that unique mixture of horror, amusement, rampant existentialism and sheer awe that only Rick and Morty has ever left me with.

Solar Opposites will probably make you laugh, but it isn’t going to be particularly creative about it. So here’s the bottom line: Rick Sanchez would be the first to remind you that given infinite parallel universes, everything that can happen, does happen. There may be a universe in which I am a fascist shrimp, but I can say with certainty that a universe where Solar Opposites is anything more than a shadow of Rick and Morty is downright impossible. 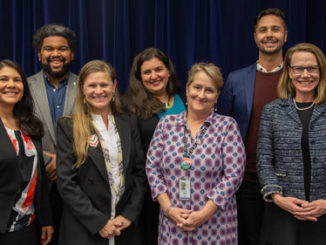 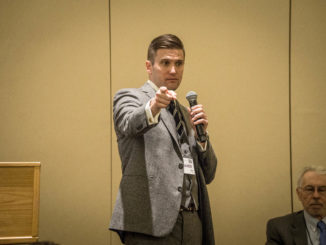 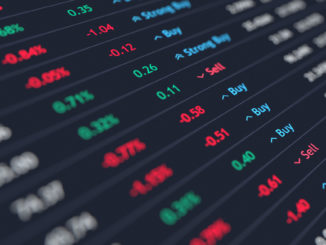